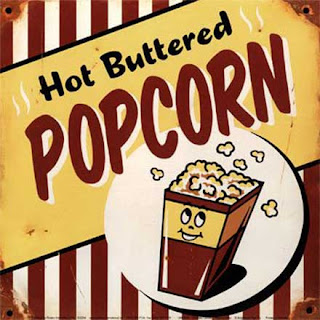 "Pass the popcorns, stop hogging the bag, will ya" He tried to reach across to the bag of popcorns she was holding as tightly as she would hold her clutch bag

"Ok then, I guess you don't want these samosas either"

"Ok here you can have the popcorns"

"Stupid dry kernels, who wants those"

She cursed herself...he had been setting her up, damn

"Aww comeon,be nice to a lady"

"Come on, be nice, please...pretty please"

He smiled, couldn't say no to the missy when she was doing this now could he, he held out a little longer, let her do a little bit more of the pleading...then saw her as she gulped them down...she had won...cause he would never let her loose

"How was the movie" she asked afterwards

"Better than i expected" She saw the glint in his eyes, and knew what he was talking about. It sent a shiver down her spine, a chill of fear and excitement. It was a dangerous path she was treading, one that she was not sure about, where winning was a dim chance and so many ways she could lose.

"I would love to have a scarf like that"

"Its out of stock"

"How would you know?"

"Coz i checked, and half a dozen other boutiques in the local market, but give me time, I'll figure something out and get it for you"

"Thats the sad part" he chuckled, a half chuckle "when its so easy, that is all you had to do"

"I know, sometimes even the most simplest things can be tough" He looked at her face and cursed himself...the smile had gone. He knew that if only she would fold into his arms, he could make sure that the smile would not leave those lips even for a moment, but then that if only was the biggest if only he had ever seen in any story
Posted by sanely insane at 11:41 PM

The craziness before today